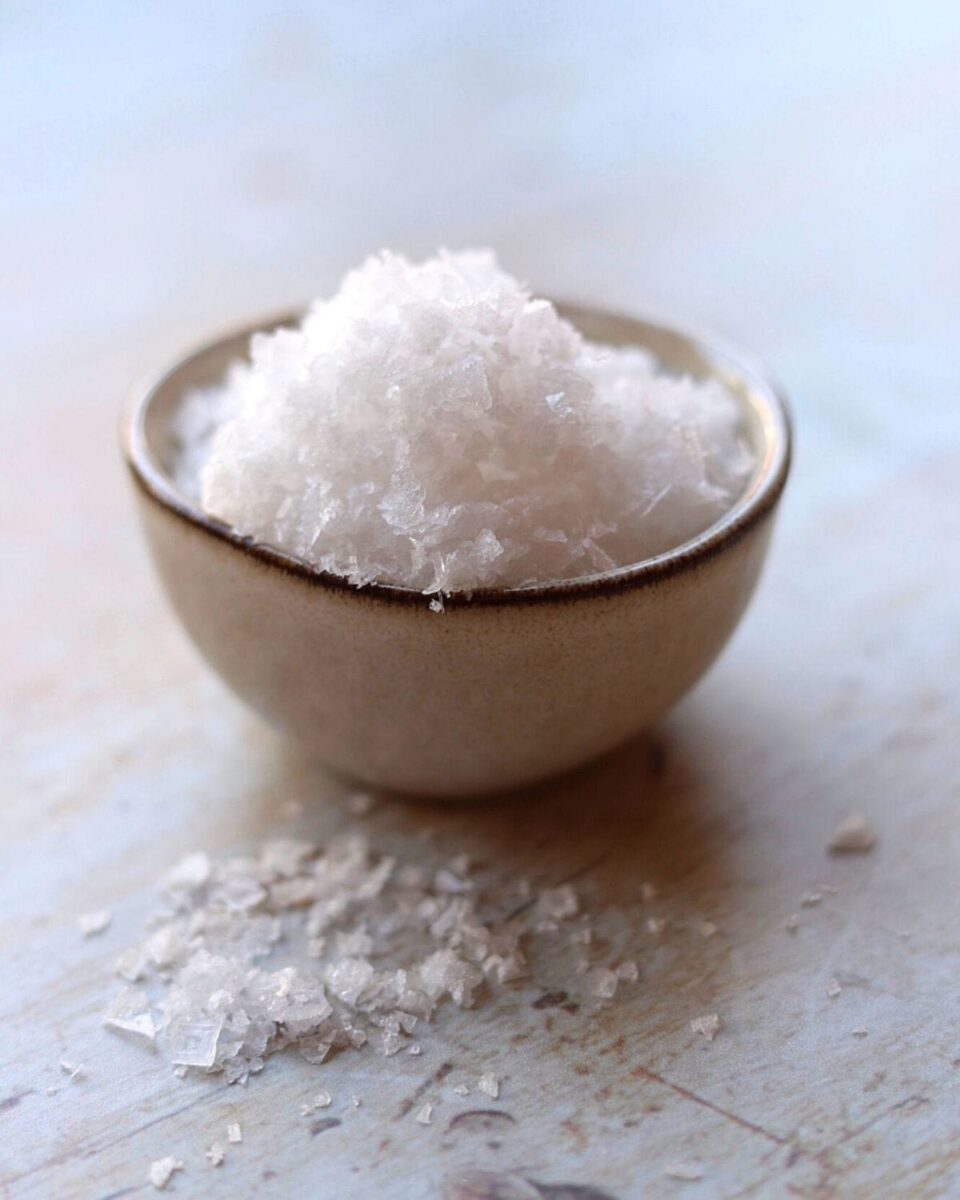 Find out about the different types of edible salt and how to use to use them.

Salt is valued not only for being an essential mineral for human survival, but as an excellent flavour enhancer capable of transforming dishes and elevating flavours.

For flavour, salt comprises one of our five basic tastes of salty, sweet, sour, bitter and umami.

It is also one of the oldest form of food seasonings, and has been one of the best known methods of food preservation, particularly for meat, for thousands of years. The universal need for salt made it an important commodity for trade in ancient times, while its scarcity at times led to war or high taxes.

All salt is sodium chloride and originally comes from seawater, whether it is produced from salt mines or through the evaporation of sea or ocean water.

Different salts have their own unique flavour and texture depending on their mineral composition, the environment they are harvested from, and the type of evaporation technique used. Some salts are refined to remove other trace minerals, or have additives such as anti-caking agents or iodine to prevent goitre.

Salt forms as crystals which come in a variety of textures from fine granules, to coarser varieties and larger flakes. Their colour ranges from bright white to grey, pink or even black.

This is a white fine salt made up of tiny crystals. It is a refined salt made up of 97-99% sodium chloride with an anti-caking agent so it does not clump up and is easy to pour.

While iodine is naturally present in salt, sometimes extra iodine is added, to prevent iodine deficiency,  which can give a slightly bitter taste.

It is an inexpensive salt and the most commonly used. Use it with moderation as it is easy to over-salt a dish.

Uses: This salt dissolves easily and is commonly used in soups, stews, stocks, curries and in baking.

Fleur de sel or Flower of salt, is a natural sea salt which has been harvested since ancient times.

It forms through the evaporation of salt water in shallow salt marshes. A delicate top layer of salt which floats on the surface is gently harvested with a wooden rake and then dried in the sun. These white irregular crystals, resembling a flower design, are rich in natural minerals.

Fleur de sel is regarded as the finest finishing salt and the most expensive. It has an off white colour and a unique and delicate flavour which enhances the flavour of all foods.

Its higher moisture content makes it taste less salty and allows it to hold its shape, as it melts slower than other salts which have been dried for a longer amount of time. It is regarded as a fine salt and is better suited as a garnish than a cooking salt.

The best fleur de sel is from Guérande in Brittany, France. A similar salt produced in Sicily is Trapani salt.

It is a coarse salt with a high moisture content and therefore a mild amount of saltiness.

Uses: It is expensive but less so than the fleur de sel, and well suited for any type of cooking.

Kosher salt is a commonly used cooking or finishing salt.

Its original purpose was for salting meats in dry brining for koshering, to cleanse and draw out any blood in accordance with Jewish dietary law. As the crystals are large and irregular, they melt into to the surface of the meat absorbing excess moisture.

If you have made Eggplant Parmesan, you will be familiar with the process of dry brining, where slices of eggplant are salted with kosher salt to draw out excess moisture and enable quick cooking and browning.

Kosher salt is often extracted through mining, and sometimes from sea water. Being a coarse salt it does not usually contain anti-caking agents. It looses its iodine content during the drying process and it is not fortified.

Uses: Dry brining, all-purpose seasoning during cooking, salting water for pasta. It is not suitable for baking due to its bulkiness and therefore an imprecision in measuring, but can be used if ground to the consistency of table salt.

These soft crunchy flakes have a large surface area and are shaped like small pyramids. They have a clean flavour and high moisture content so it is not too salty. This is an excellent finishing salt and one I use frequently.

Uses: In salads, on grilled meats, poultry, fish and vegetables

Other types of salt

This is harvested from the sea and then dried in beds of red or black volcanic rock. It gives the two salts their characteristic colours of red brick or black. Both are high in minerals from volcanic rock, in particular iron oxide.

Unfortunately this process is not properly regulated so caution must be exercised when buying these coloured salts.

This is a naturally coloured pink salt which comes from mines in Punjab, Pakistan. It does not have a uniform colour and differs in hue ranging from a pale pink to a deeper brick colour, depending on the area it was mined. It is sold in various textures ranging from fine to coarser crystals.

Kala Namak is a kiln fired rock salt, produced in a South Asia. The rock salt is placed in a jar along with other spices and some charcoal. It is heated to high temperatures for 24 hours, till it melts and a chemical reaction occurs. It is then cooled to restore it to its solid state and  store to age it.

It is sold in large chucks or finely ground. The large crystals range from a brownish pink to dark violet, and when ground, it can be anywhere from purple to pink.

Kala namak is salty, and rich in minerals with a slightly sour taste and quite a pungent smell similar to sulfur. It needs to be used in small amounts as too much can ruin a dish.

Uses: It is used throughout South Asia for chutneys, salads, chaats, raitas, spice mixes (like Jiralu), and other savoury snacks. It is also used as a popular substitution for eggs in many vegan recipes.

As salt absorbs aromas and flavours easily, spices and herbs such as celery, garlic, chipotle, mushroom and truffle may be added to make different types of flavoured salts.

Smoked salts absorb the aroma of whatever type of wood they are smoked with, and add a smoky flavour to a dish. They are popular for many vegetarian dishes, breakfasts, meats, fish and even flavoured butter.

What does season to taste mean?

Season to taste means adding enough salt or pepper to make a dish taste good. The amount will vary according to an individual’s tastes or any health concerns. Also, while table salt is a fine salt, Maldon or kosher salt consists of larger crystals therefore measurements will vary according to their different textures and level of saltiness.

What is a finishing salt?

A finishing salt is normally used before serving or it can be placed on the table to further enhance dishes to one’s taste. It is a coarser salt with a delicate flavour and less salty than other salts. To ensure an even distribution of salt, use fingers to take a generous amount and crush it gently, sprinkling from several inches above the food.

What is the best way to store salt?

Store salt in an airtight container to prevent moisture making it damp, and strong odours from affecting the flavour. For cooking, keep salt in a salt pig at a hands reach to the stove. This will make it easier to season dishes while cooking.

What is a healthy amount of salt per day?

The British NHS recommends the recommended daily amount (RDA) of salt for adults should not exceed 6g (2.4g of sodium) per day.

Find more useful tips for the homecook such as how to select a good olive oil and why you should not overcrowd the pan. 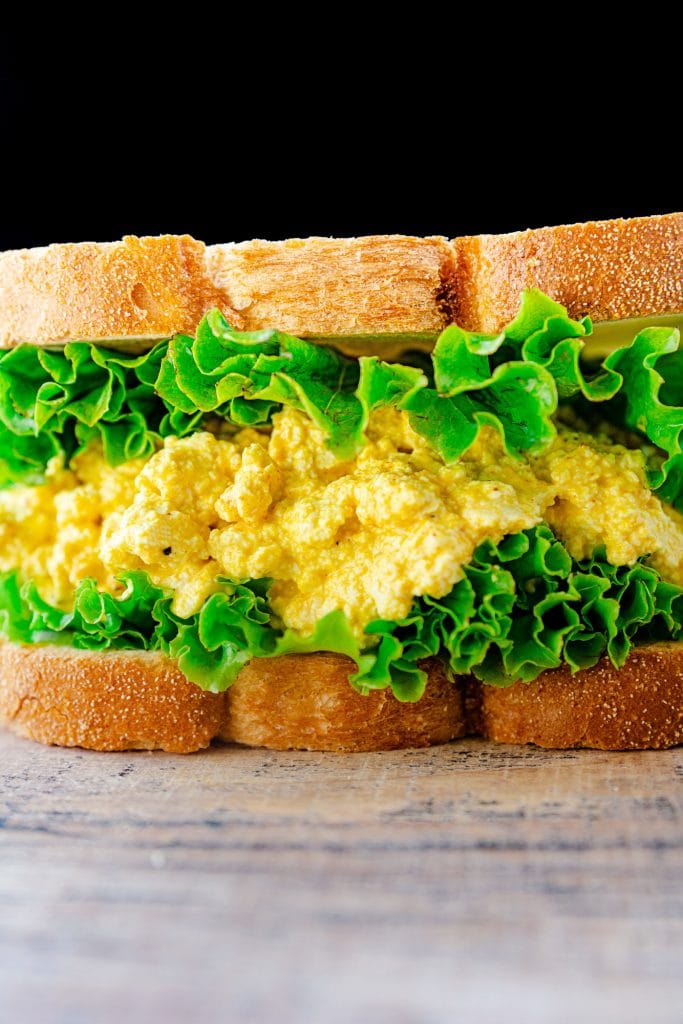 How to Cure Salmon – Lox Recipe 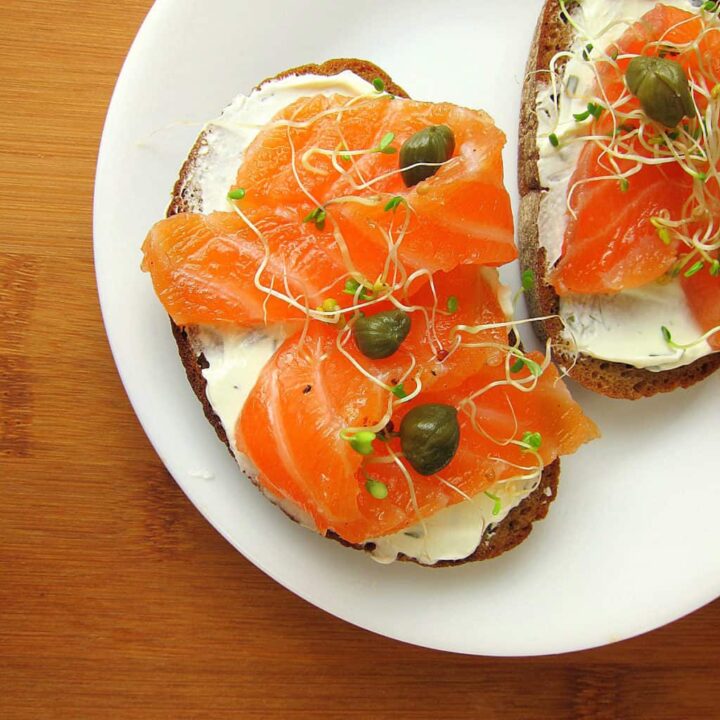 The Best German Sauerkraut You Will Ever Eat 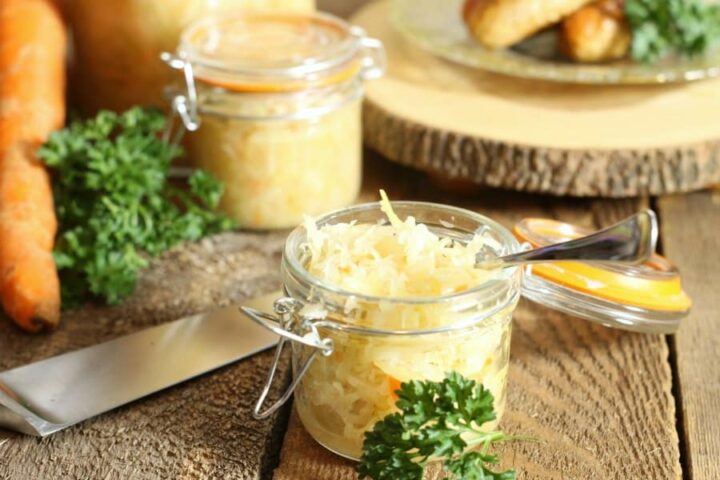 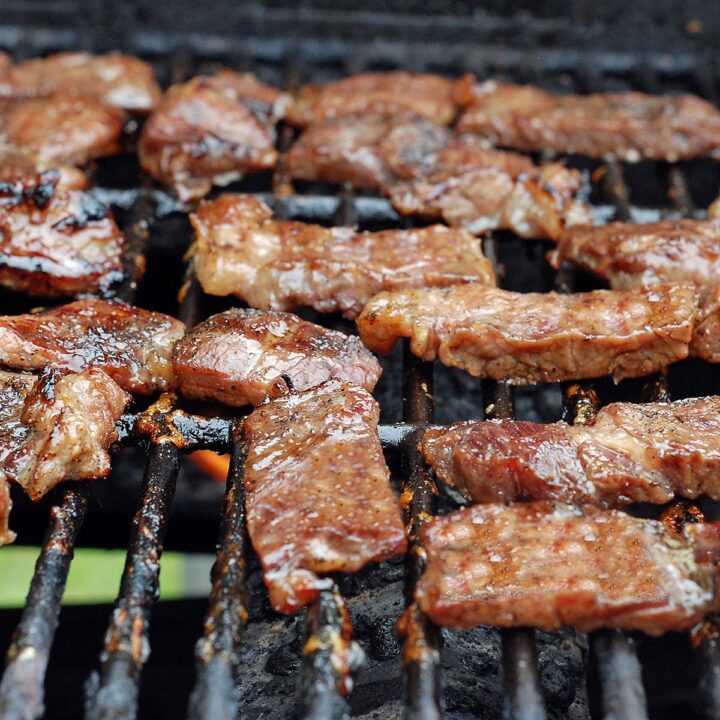 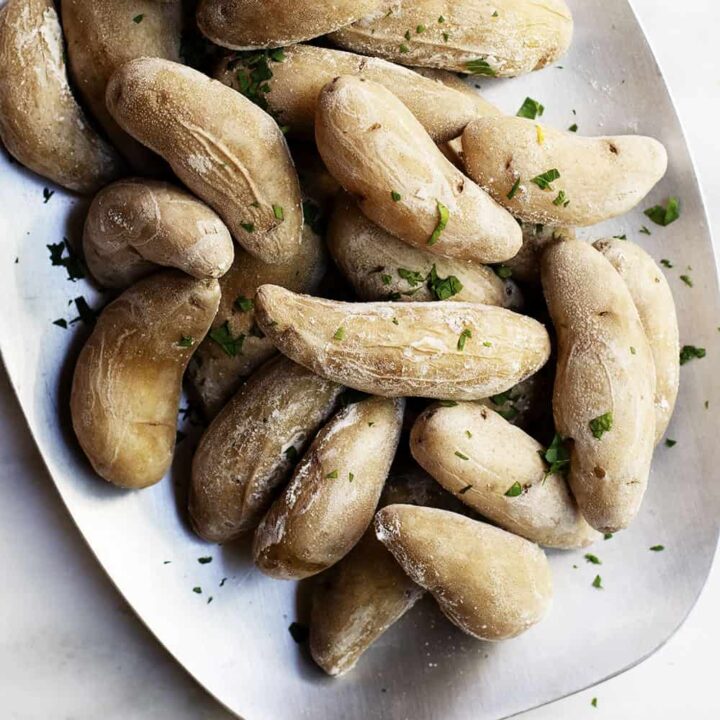 Homemade Pretzels with Beer Cheese is a Delicious Oktoberfest Recipe! 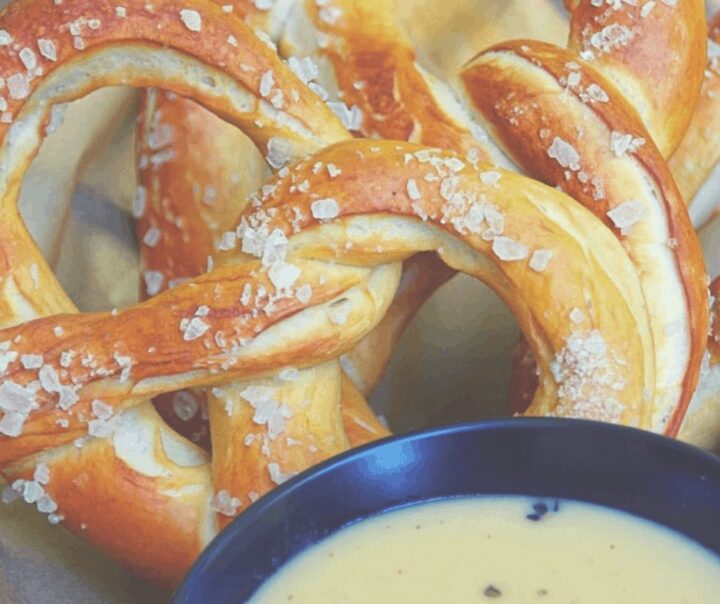 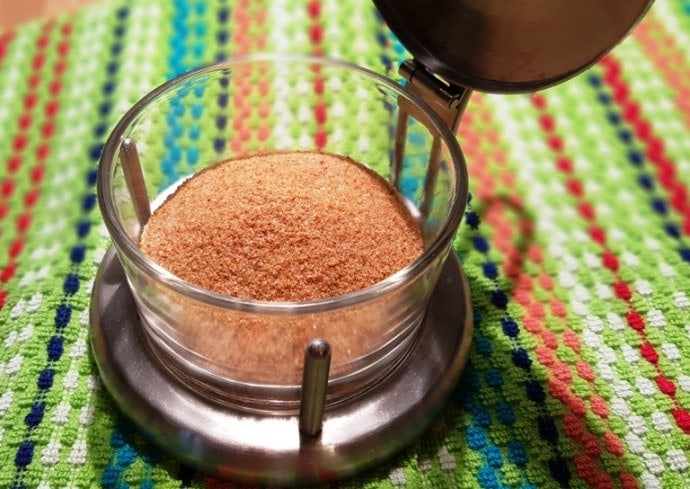 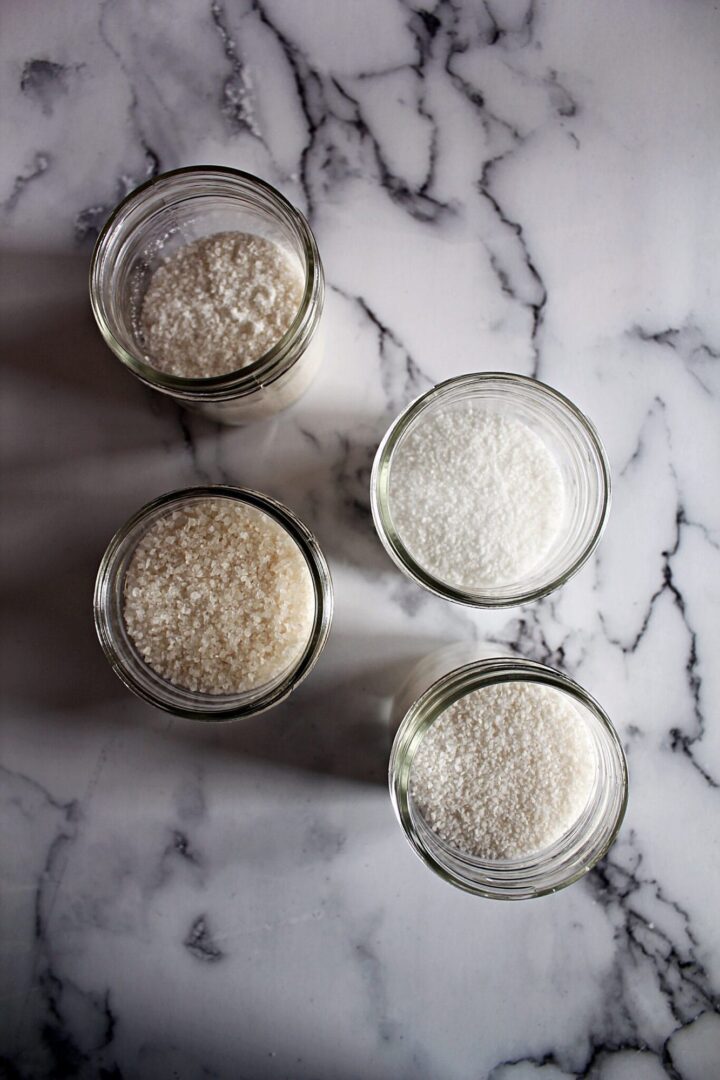 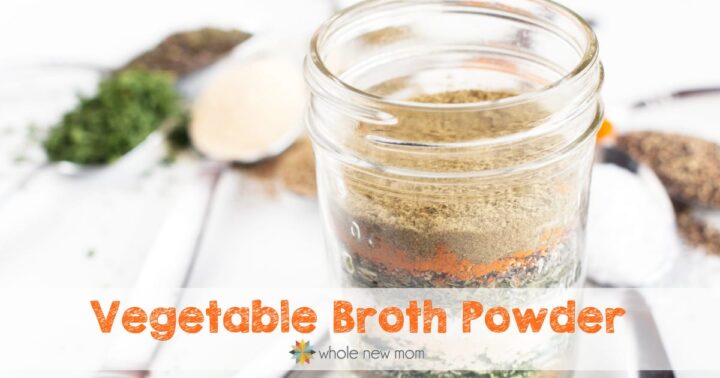 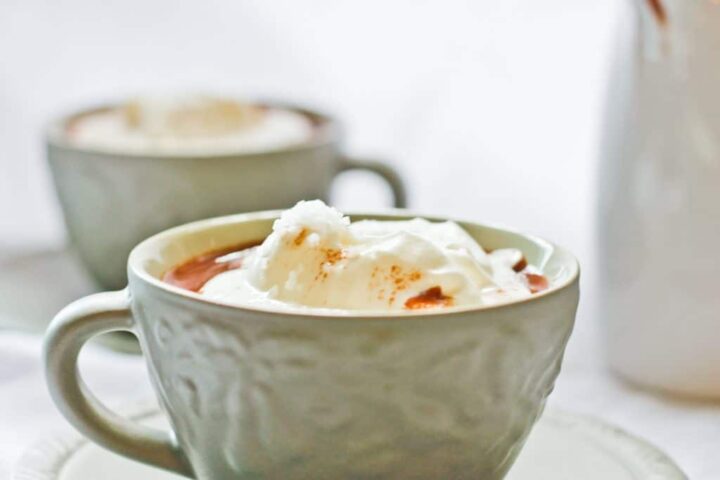 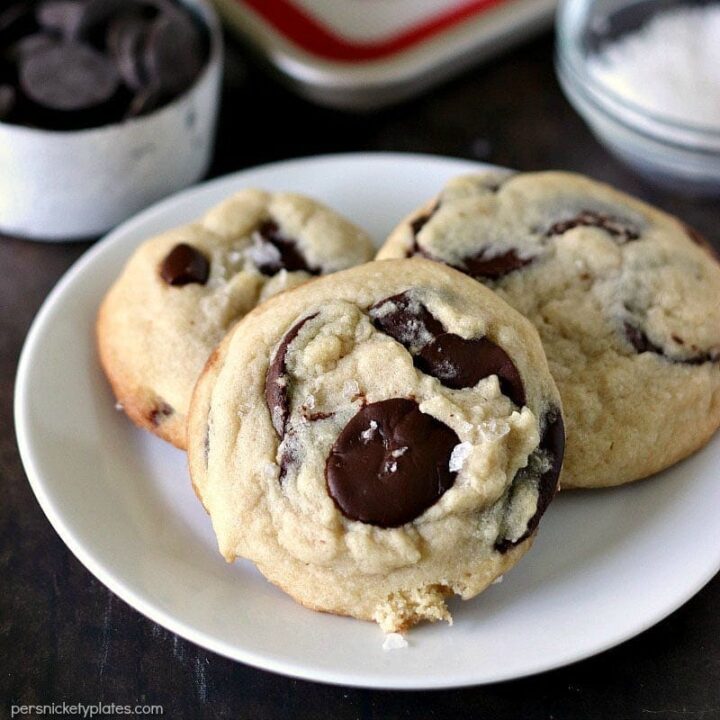